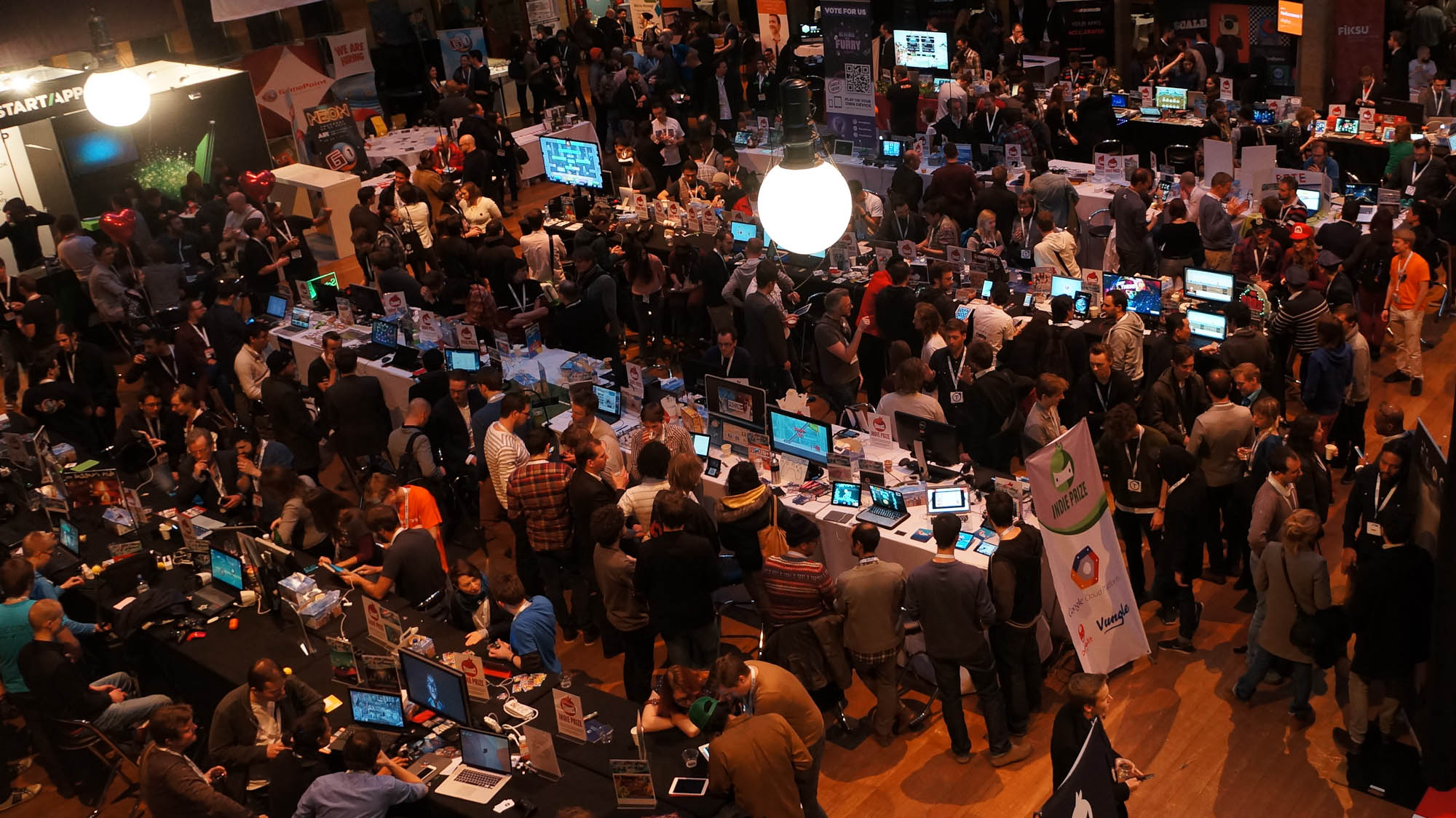 I had know idea what I was getting into when I was invited to attend the Casual Connect in Amsterdam. The flight to get there was 24 hours, the last 3 hours got pretty intense. I ended up getting a fever as soon as I touched down in Amsterdam. Mann.. it was cold. coming from Australia’s mid summer to mid winter was tough. I made a burrow in my hotel and tried to think happy thoughts.

First day of Casual Connect was awesome. I got to share the table with Mini Mega, creators of Bonza (fellow Aussie developers), and to the other side was All Caps, maker of Block Amok. The talent and quality of the games in the Indie section was amazing. I did brief rounds of the floor but stuck mostly to my table. Lots of business cards were exchanged and lots of hands were shaken. Was chatting non-stop for the next two days to everyone curious about GoatPunks.

By the third day things were winding down and everyone was in a casual vibe, probably due to recovering from the previous night’s shenanigans. I got to chat with some of the folks at Unity, and got a lot of  really good suggestions to improve the game, so be sure to expect some updates in the near future. Mid day came and the award ceremony for the Indie prize was on. All the game devs packed the theatre room. A lot of awards were given, then the category for best multiplayer came up and I manage to get a nomination.. Way Cool. When the events were over I had a few drinks with Christian from All Caps, then retreated back to the hotel for a quite one. Was throughly exhausted.

Casual Connect was an epic experience, met lots of amazing people and received lots of great feedback for GoatPunks. The next games convention is just around the corner. I wasn’t planning on going to the GDC in San Francisco, but this event was such a big eye opener that I ended up booking the flights and getting a ticket to the GDC. I won’t be exhibiting this time as I didn’t get to arrange anything prior, but will be looking forward to meeting lots of amazing people.

Block Amok game by All Caps